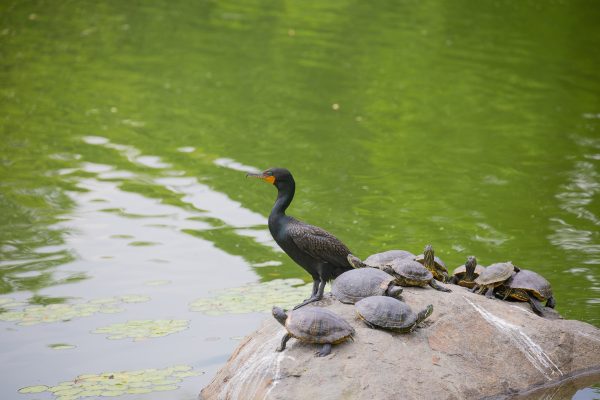 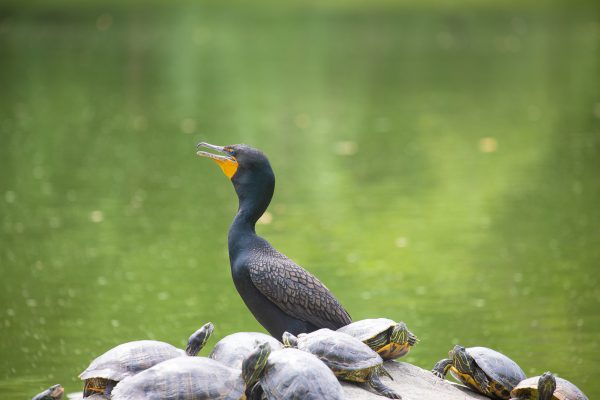 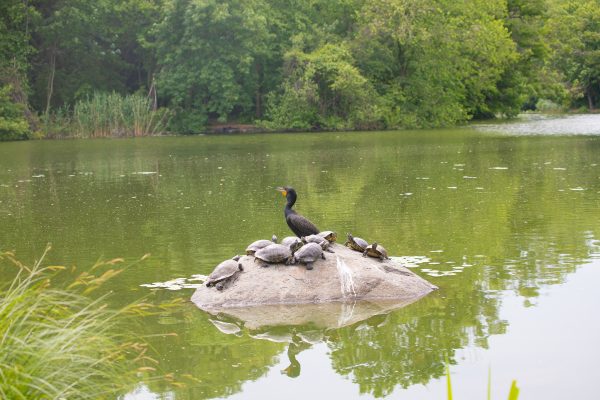 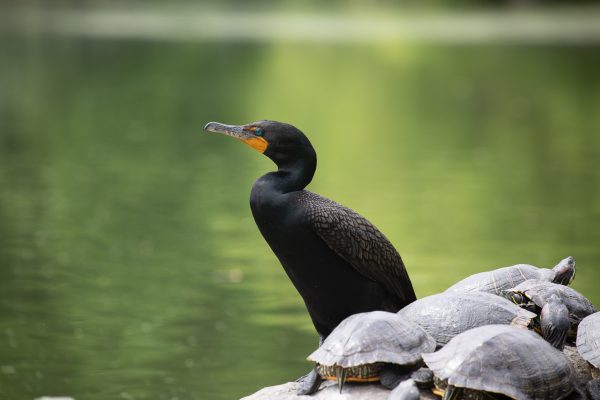 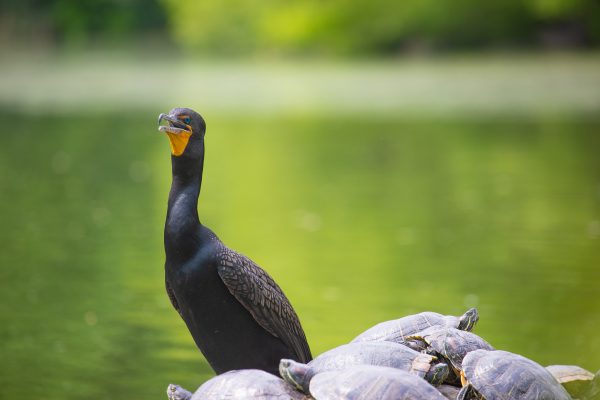 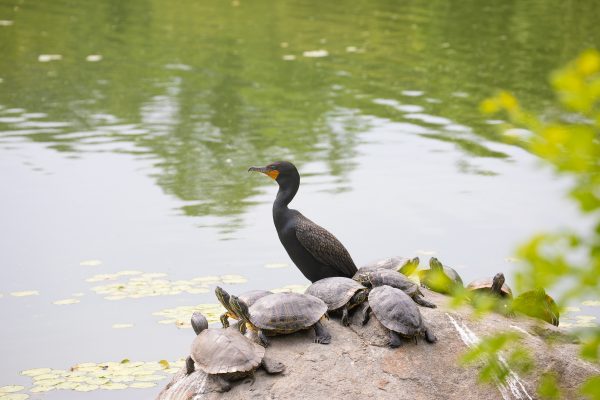 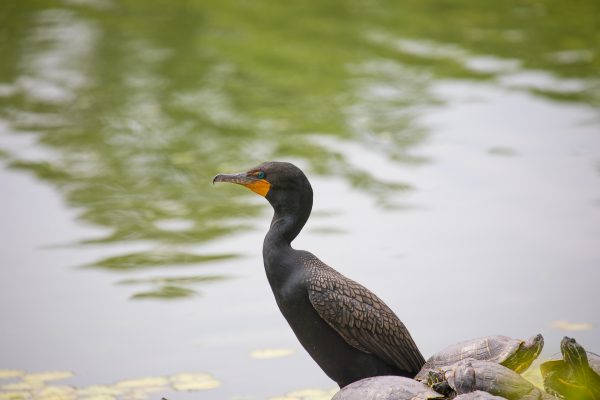 On Wednesday, June 2, 2021, I saw this double-crested cormorant in Prospect Park, one of the most beautiful parks in Brooklyn, New York City.

The double-crested cormorant and some turtles were on a small rock in the lake in the park.

“The double-crested cormorant is all over the place—the lake in Prospect Park, the Central Park Reservoir, and sometimes the Japanese Hill-and-Pond Garden at Brooklyn Botanic Garden. This large black waterbird is one of the most common birds in the New York City area, and it’s often seen near bodies of water—both large and small, freshwater and saltwater—perching on rocks and small trees spreading its wings out to dry. An excellent fisherman, the double-crested cormorant’s diet consists almost entirely of fish.”_Brooklyn Botanic Garden

“The double-crested cormorant (Phalacrocorax auritus) is a member of the cormorant family of water birds. Its habitat is near rivers and lakes as well as in coastal areas, and is widely distributed across North America, from the Aleutian Islands in Alaska down to Florida and Mexico. Measuring 70–90 cm (28–35 in) in length, it is an all-black bird which gains a small double crest of black and white feathers in breeding season. It has a bare patch of orange-yellow facial skin. Five subspecies are recognized. It mainly eats fish and hunts by swimming and diving. Its feathers, like those of all cormorants, are not waterproof and it must spend time drying them out after spending time in the water. Once threatened by the use of DDT, the numbers of this bird have increased markedly in recent years.

This species has dark-colored plumage with bare supra-loreal skin and gular skin that is yellow or orange. An adult in breeding plumage will be mostly black with the back and coverts being a dark grayish towards the center. Nuptial crests, for which the species is named, are either white, black or a mix of the two. These are located just above the eyes with the bare skin on the face of a breeding adult being orange. A non-breeding adult will lack the crests and have more yellowish skin around the face. The bill of the adult is dark-colored. The double-crested cormorant is very similar in appearance to the larger great cormorant, which has a more restricted distribution in North America, mainly on the Canadian maritime provinces; it can, however, be separated by having more yellow on the throat and the bill.

The plumage of juvenile double-crested cormorants is more dark gray or brownish. The underparts of a juvenile are lighter than the back with a pale throat and breast that darkens towards the belly. As a bird ages, its plumage will grow darker. The bill of a juvenile will be mostly orange or yellowish.

The double-crested cormorant’s numbers decreased in the 1960s due to the effects of DDT. Colonies have also been persecuted from time to time in areas where they are thought to compete with human fishing.

Recently the population of double-crested cormorants has increased. Some studies have concluded that the recovery was allowed by the decrease of contaminants, particularly the discontinued use of DDT. The population may have also increased because of aquaculture ponds in its southern wintering grounds. The ponds favor good over-winter survival and growth.”_Wikipedia.org